No, this is not the lead into a bar joke. Also, I know nothing about winemaking. I have been studying my Bible for many years, and have a close friend that owns one of the oldest vineyards in Texas.

I was raised in a Southern Baptist home and therefore alcohol was limited to cooking wine. I experienced God’s call to full time Christian service early. My knowledge of anything alcohol was limited to what I read and heard others say. I have a good friend with a vineyard that I frustrate to no end. He thinks me a wine Philistine because I cannot tell an Amarone from a Zinfandel. He can not only tell by taste what a wine is, but from what vineyard the grapes came and what part of the vineyard the grapes where gown.

When I started on this post, the passage from Luke 5 about putting new wine in old wineskins came to mind. I knew I could Google it, but it was more fun to ask the expert and hear him roll his eyes on the phone. I figured it was just about gas being released by fermentation causing the bag to explode but thought why not just put less wine in the bag. The exploding bag is only part of the reason. The bacteria in the bag from the old wine will cause the new wine to go bad or turn to vinegar. Which further reinforces the idea behind this post. Using the same old container over and over is not productive. 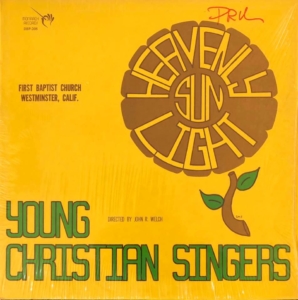 This is day sixteen of working from home due to the Coronavirus, and day thirty-seven for me having been grounded due to pneumonia prior to the Coronavirus. Working remotely and getting stuff done has changed. I have a bit of a head start on contemplating what the new normal will look like.

In Acts 5:34, Gamaliel the Pharisee and Teacher advised the Sanhedrin, “I advise you: Leave these men alone! Let them go! For if their purpose or activity is of human origin, it will fail. But if it is from God, you will not be able to stop these men; you will only find yourselves fighting against God.” (NIV) The Christians were persecuted in Israel. Christianity spread to Rome. Christianity was persecuted in Rome. It spread to Europe and spread and spread and spread. God has used adversity as a tool to spread the Gospel.

Historians have identified five Great Awakenings in North America over the last three hundred years. The Awakenings were triggered by various things and did not necessarily begin in North America. Something happened to trigger each and each one was different, but the result was people came to Jesus in large numbers at a point when Christianity was considered dead. I am a product of the fifth Great Awakening; the Jesus Movement of the 1960s and 1970s.

This virus will end. The church will still be the church. Christians will still need to share the word. We need to remember what has happened in the past. Learn how things are done today. We will need to do things differently not just today, but tomorrow and the day after that. We cannot use the same tools we have always used over and over.

Over many years God has worked in many ways. He has used War, Apathy, Tent Crusades, Radio Preachers, Television Preachers, Choirs in brightly painted old buses singing folk rock Gospel songs, and puppets to get His Word out. Today He is using a Pandemic and the Internet. The tools change, but the message stays the same. “For God so loved the world…”

About the Author: Steve Bauserman

Steve Bauserman is the president and system architect for the ACTS Group. He is an ordained minister and has served on church staffs as a church administrator and a pastoral staff member. He has supported churches with system needs for more than forty years. Steve sees The ACTS Group as a support ministry to churches. He volunteers as a church photographer and a substitute Bible study leader for his church in Sugar Land. His family serves on church staff, in various ministries and as missionaries around the world. Steve is an avid cyclist who restores and collects old bicycles, and also tinkers with old British sports cars.